Home Health & Fitness Asthma as a Winter Illness: Why Your Symptoms Are Worse
Facebook 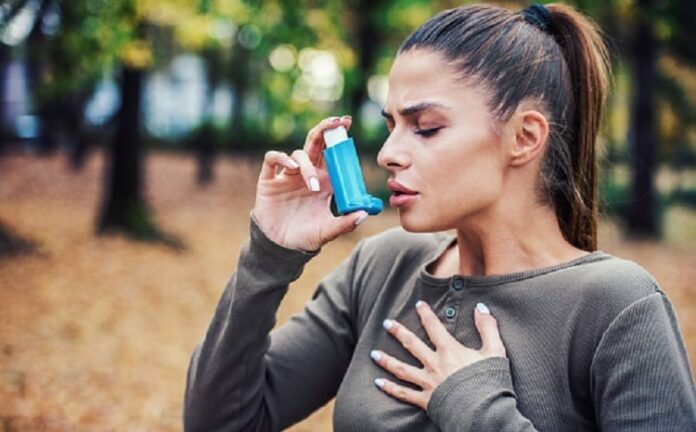 People tend to be sick during the winter months. The flu activity peaks around December until February and March before winding down again as spring and summer roll around. Sinus problems also increase during winter as more people spend more time indoors, where viruses spread easily.

Moreover, asthma patients find that their symptoms appear more often and become harder to control as the temperature outdoors sinks closer to zero.

Asthma as an Epidemic

Asthma is characterized by the swelling of the airways, making it difficult to breathe. Symptoms include coughing and wheezing, chest pain and tightening, and, of course, trouble breathing. If left unaddressed, it can be deadly. In 2018, asthma attacks accounted for 1.6 million visits to the emergency department in hospitals across the nation. About 10 Americans die every day on average due to asthma.

There is no cure for asthma, but medication can manage the symptoms.

Your Body in Winter

Typically, asthma symptoms are triggered by exposure to allergens that, when inhaled, irritate the lungs. However, other factors exacerbate asthma in those who suffer from it during winter.

A previous study from China proved that asthma gets worse during the colder months. The researchers found that hospital admissions for asthma increase during winter.

The cold and dry air already makes it hard to breathe, even for a healthy person. Those with asthma will find winter air is worse.

Your airways have a thin mucus lining that protects the lungs from infectious viruses, bacteria, and fungi. However, during winter, your body produces more mucus than normal. The mucus also tends to be thicker. This increases your risk of catching infections.

When the air is dry, the fluid evaporates without getting replaced. This results in irritated and swollen airways, making breathing difficult and worsening asthma symptoms.

Meanwhile, the cold air triggers the release of a naturally occurring substance, histamine. Histamine is the same chemical released by your immune system to defend your body against allergens. Unfortunately, histamine can also cause asthma symptoms such as coughing and wheezing as well as difficulty breathing.

When You are Indoors All the Time

People also tend to spend more time indoors during winter to escape the cold. While it is warm and comfortable indoors, it also creates risks for people with asthma.

The first factor that can exacerbate asthma symptoms indoors is the air quality. While you may not immediately notice it, indoor air is polluted. People’s normal activities inside the house, such as cleaning and cooking, can eject pollutants into the air. Central heating, too, can cause irritants that, when inhaled, can trigger asthma symptoms.

Adequate ventilation is integral during winter to allow the air to be refreshed and for pollutants in the air to escape outdoors. Moreover, homeowners should regularly call a furnace service to perform maintenance and, if needed, repairs. Doing this ensures that indoor air is safe for everyone.

In addition, when indoors, viruses and bacteria spread more easily. During the COVID-19 pandemic, we have learned that airborne particles and droplets are ejected into the air through speaking, coughing and sneezing, laughing, and breathing. These fluids that potentially carry pathogens hang around in the air for several minutes to hours and travel great distances. When inhaled, an infection occurs.

So, when people spend their time indoors with family and friends, they are likely to pass along and catch disease-causing viruses and bacteria. A respiratory infection will trigger symptoms of asthma.

Asthma is not a joke. It is a serious condition that should never be ignored. People who have it should take necessary precautions to prevent symptoms from emerging due to environmental factors.

Before winter, patients should visit their doctors to create an action plan that will reduce asthma symptoms from exacerbating with the cold weather. Your doctor will prescribe you medication that will offer relief from coughing, wheezing, and difficulty breathing.

Moreover, it helps to be aware of potential triggers. That way, you can make changes that will allow you to avoid situations that exacerbate your asthma.

Meta title: Asthma Symptoms Worse in Winter: Here’s Why
meta desc: People who have asthma notice that their symptoms become worse during winter. There are many reasons why you are wheezing and coughing in the cold weather.

When Is The Right Time To Start Your Family